The funds raised by FIO through events, auctions, and donations go directly toward the many initiatives and programmes of the Israel Opera. Foremost among them is the Meitar Opera Studio, which trains young operatic talents into world-class singers.

Tom Ben Ishai, soprano, was born in Israel. She graduated from the Jerusalem Music Academy for Music and Dance. Her operatic repertoire includes Constance in Les Dialogues des Carmelites (Poulenc), Titoin Giulio Sabino (Sarti), Rose in Le Jolie Parfumeuse (Offenbach) and other roles. She also performed Pierrot Lunaire (Schonberg) with the Meitar Ensemble and the Bach Magnificat with the Jerusalem Baroque Orchestra. She received the AICF and Eli Leon scholarships. Tom Ben Ishai is a member of the Israeli Opera's Meitar Opera Studio where her repertoire includes Serpetta in La finta giardiniera, Papagena in Die Zauberflote (Mozart), Hagar, Lea and Zilpa in Mothers (Sebba), Gretel in Hansel und Gretel (Humperdinck), Don Gasparo in The Pirates (Storace) and other roles. 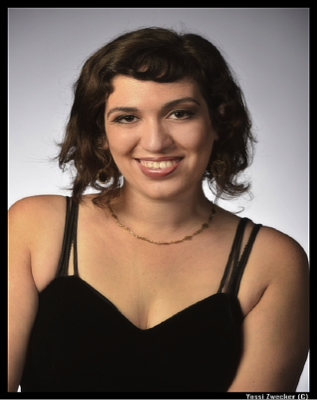 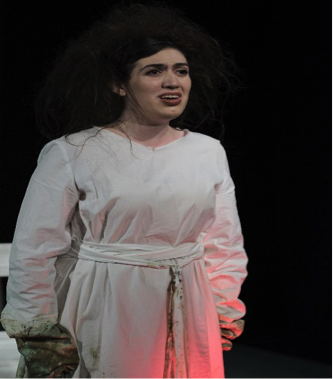 "Opera is the queen of arts and requires a diversity of skills. Thanks to Meitar Opera Studio, I know that opera singing is much more than only performance of vocal music. It is a complex mixture of performance arts. I live and breathe stage acting, movement on stage, articulation, right pronunciation in different languages and much more. The studio trains us to become professional opera performers- by practicing, repeatedly, under the guidance of a multi-disciplinary team of the best conductors, directors, trainers and teachers in the field. They force us to polish and refine our skills and to jump into the deep water repeatedly, to let us find that we are capable of swimming. I am very lucky to be a part of this amazing project and I keep learning more and more every day."

Veronika Brook, soprano, was born in Estonia, lived and studied in the Ukraine, and immigrated to Israel. She graduated from the Lugansk National Academy of Culture and Arts in the Ukraine. She was a member of the ensemble of the Dnepropetrovsk State Academic Theatre of Opera and Ballet in the Ukraine. Her operatic repertoire includes the Queen of the Night in Die Zauberflote (Mozart), the Swan in The Tale of Tsar Saltan (Rimsky-Korsakov), Olympia in Les Contes d'Hoffmann (Offenbach) and other roles. She received the Eli Leon scholarship. Veronika Brook was a member of the Israeli Opera's Meitar Opera Studio, where her repertoire included the Queen of the Night in Die Zauberflote, Servilla in La clemenza di Tito, Sandrina in La finta giardiniera (Mozart), God in Mothers (Sebba), Amina in La sonnambula (Bellini), Clorinda in La Cenerentola (Rossini), Donna Aurora in The Pirates (Storace), the Dew Fairy and the Sand Fairy in Hansel und Gretel (Humperdinck) and others. 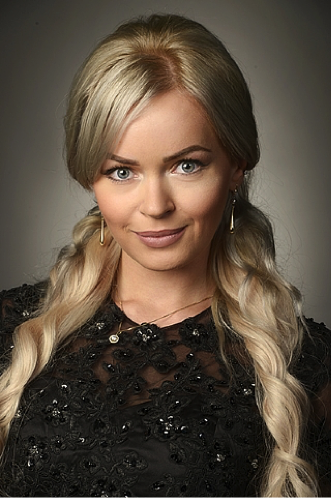 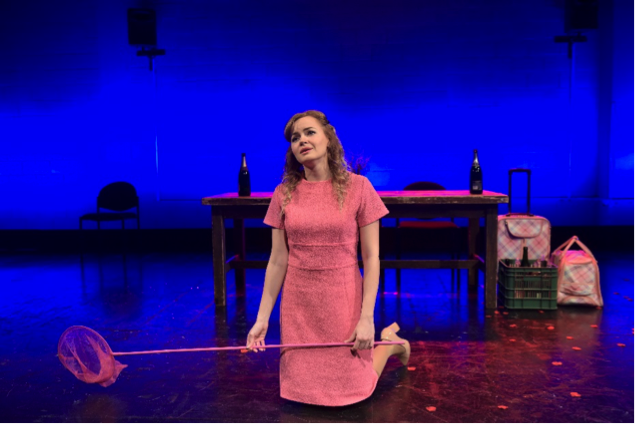 "I want to say that the Meitar Opera Studio program has really helped me to increase my technical skills and to reach a higher level in my beloved profession – being an opera singer.  I have just finished the Opera Studio but I already feel a confidence I have not felt before - now I am ready to take part in various productions in Israel and abroad.  Although I have not yet participated in any major Israeli Opera production, I hope to have this opportunity in the future. It is a huge honor to be chosen for this program; because this is a real chance to make your dreams come true!"

Shira Cohen, soprano, was born in Israel. She graduated from the Jerusalem Academy for Music and Dance. Her operatic repertoire includes the Witch in Hansel und Gretel (Humperdinck), Laetitia in the Old Maid and the Thief (Menotti), Josephine in H.M.S. Pinafore, Mabel in The Pirates of Penzance (Sullivan) and other roles. Her concert repertoire includes the Magnificat by Vivaldi, the Magnificat by Rutter and In Windsor Forest by Vaughn-Williams. Shira Cohen is a member of the Israeli Opera's Meitar Opera Studio where her repertoire includes Sarah and Ktura in Mothers (Sebba), Arminda in La finta giardiniera, the first Lady in Die Zauberflote, the Countess in Le nozze di Figaro (Mozart), the Mother in Hansel und Gretel (Humperdinck) and other roles. 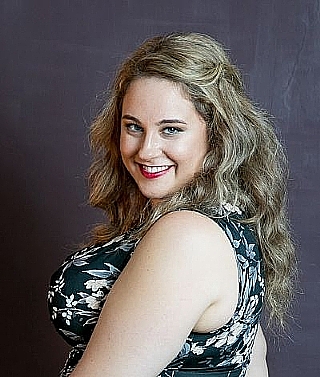 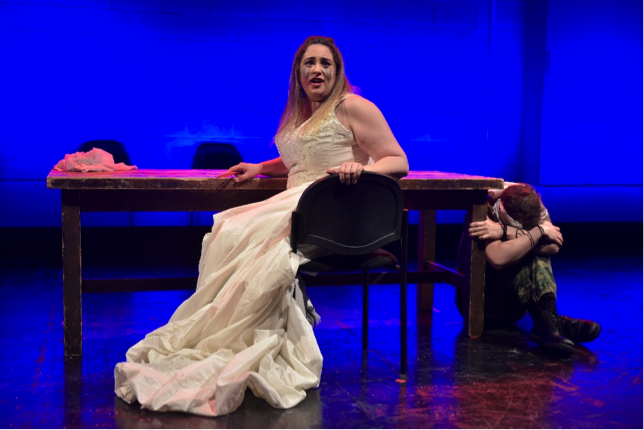 "Joining Meitar Opera Studio was the first step in my transformation from a music student to a performing singer and an artist. This past year has taught me how to keep my voice and body healthy during intensive times of productions, how to study music efficiently, and how to convey my emotional interpretation in each character and in every performance. In this new world where people seek instant stardom and fame, the Studio program has allowed me to take just the right amount of time I needed to become the best singer I could be, and that would stay around on stage for the long run."

Nour Darwish, soprano, was born in Israel. She graduated from the Buchman-Mehta School of Music at the Tel Aviv University and from the Brooklyn College of Music. Her operatic repertoire includes Gretel in Hansel und Gretel (Humperdinck), Euridice in Orpheus (Telemann), Susanna in Le nozze di Figaro, Zerlina in Don Giovanni (Mozart), Lauretta in Gianni Schicchi (Puccini), Rosina in Il barbiere di Siviglia (Rossini) and others. She received the AICF, AVAI and Ronen Foundation scholarships. She performed as a soloist with the Israeli Philharmonic Orchestra and Zubin Mehta as well as with the Orpheus Foundation in Nazareth and performs Arabic music with several orchestras in Israel.
Nour Darwish is a member of the Israeli Opera's Meitar Opera Studio where her repertoire includes Adina in L’elisir d’amore (Donizetti), Papagena in Die Zauberflote (Mozart) and more.

Her roles at the Israeli Opera: 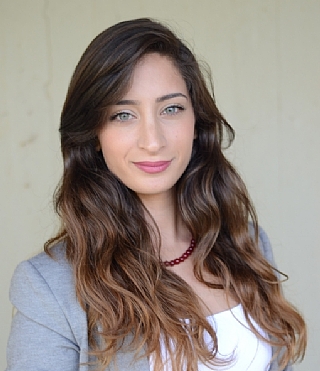 Oded Reich was born in Israel. He graduated from the Jerusalem Music Academy. He performed the role of the Officer in Il barbiere di Siviglia with The Israel Philharmonic Orchestra. He appeared as a soloist with the Israel Chamber Orchestra, Raanana Symphonette Orchestra, Barocada and the Jerusalem Baroque Orchestra. His concert repertoire includes And it Shall Come to Pass (Yehezkel Braun), Jesus in Mattheus Passion (Bach), the Requiem by Marcello and Faure, Pettite messe solennelle (Rossini), Sacred Service (Bloch), Nelson Mass (Haydn), Haman in Esther (Handel) and many other works. In 2002 he established The Prophet of the Perfect Fifth, an ensemble of men voices performing Renaissance and early baroque music. He received the Eli Leon and Bercovici scholarships. He performed Papageno in Die Zauberflöte (Mozart) with the Haifa Symphony Orchestra. Oded Reich was a member of the Israeli Opera's Meitar Opera Studio where his repertoire included Papageno in Die Zauberflöte, Figaro in Le nozze di Figaro (Mozart), the Father in Hansel und Gretel (Humperdinck), Malatesta in Don Pasquale, Belcore in L'elisir d'amore (Donizetti), Ben in The Telephone (Menotti), Aeneas in Dido and Aeneas (Purcell) and other roles.

His recent roles at the Israeli Opera: 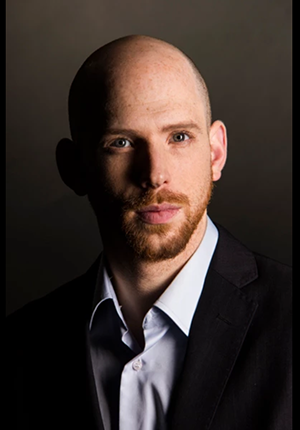